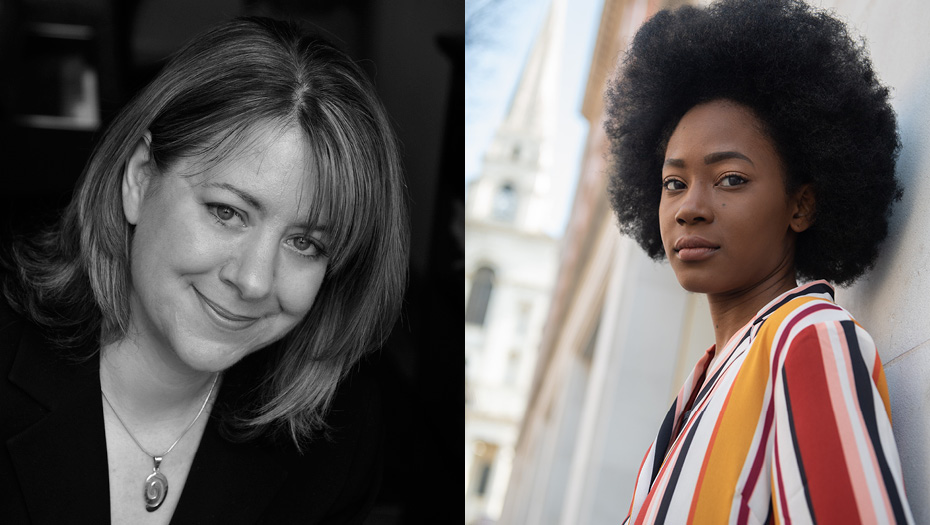 Julia Copus (pictured left) was awarded an Honorary Fellowship at the University of Exeter in 2008. In 2010 she won the Forward Prize for best single poem ‘An Easy Passage’. She has served on the judging panel for numerous literary prizes.

Theresa Lola (pictured right) is a British Nigerian poet and writer. She was joint winner of the 2018 Brunel International Poetry Prize, and in 2019 became the Young People’s Laureate for London. She was hand-picked by Meghan Markle for inclusion into the Vogue that she edited.

Agenda is a very highly-regarded international journal, founded in 1959 by William Cookson and the famed American poet, Ezra Pound. Patricia McCarthy has been its sole editor since January 2003 and is based in Mayfield.