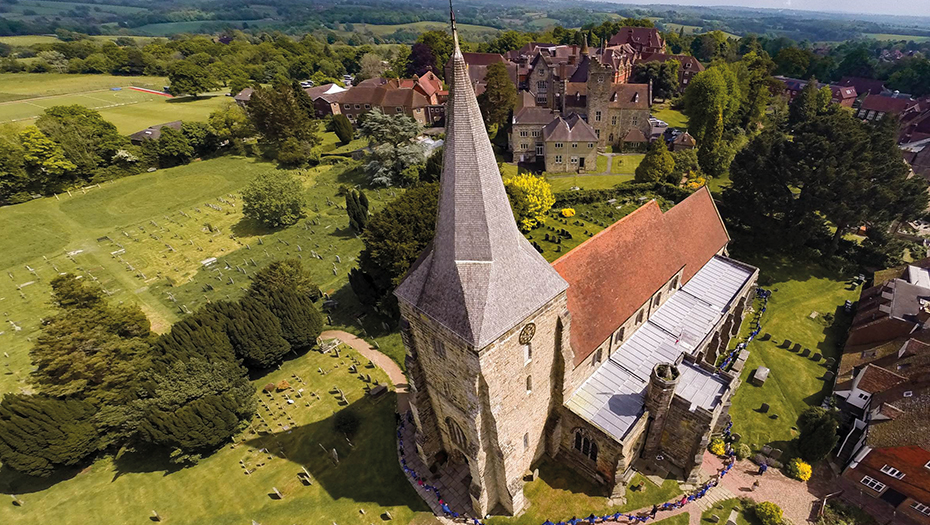 The bells of St Dunstan’s Church will ring out as the audience take their seats for the opening concert of the festival.

The concert will begin with Peter Warlock’s Capriol Suite – a medley of Renaissance dance tunes re-imagined for chamber orchestra by this most fascinating and troubled of early-20th century English composers. This will be followed by a medley of folk songs arranged for chamber orchestra by Jeremy Summerly. Then composer Nicholas O’Neill and librettist Jeremy Summerly will tell us how they went about constructing the Cantata of St Dunstan.

The Cantata consists of five stories about the life of St Dunstan and is interwoven with a setting of the Magnificat and Nunc Dimittis composed by the founder of the Festival, Kenneth Pont, and a Mass setting composed by the current Director of Music at St Dunstan’s Church, Andrew Benians. The Kyrie, based on St Dunstan’s own Kyrie Rex Splendens has been arranged by the Festival’s Artistic Director, Jeremy Summerly.

To decide the composer for the main Cantata, the festival ran a competition won by Nicholas O’Neill after being selected from over 60 entrants. Nick is a prolific composer who has won many awards and his works are frequently broadcast. He is an organist and has held posts in Brighton and Southwark Cathedral and is Composer in Residence to the Parliament Choir and their Chorus Master. By night Nick is keyboardist with the rock band JEBO.

This world premiere will open with the plainchant of St Dunstan’s Kyrie played on the double bass by the Strings and overall Winner of the 2018 Tunbridge Wells International Music Competition, Toby Hughes. Jeremy Summerly conducts the Chelsea Camerata with Schola Cantorum of Mayfield School, and Mayfield Festival Chorus with Andrew Benians – organ, and Angus McPhee – baritone.

The composition of the Cantata of St Dunstan has been kindly sponsored by The Friends of Music & the Arts in Mayfield.